For the average middle aged snowboarder the chance of riding like the pros exists only in their heads. But what they lack in skill they make up for with enthusiasm and so the idea of “The Ketchup Smugglers” was born. The world’s worst snowboarding team seemed to capture people’s imagination and was soon featured in snowboarding magazines, cable TV shows and personal blogs around the world. The project peaked in 2008 with a promotional campaign for Westbeach clothing and these two letters between the Smugglers and their sponsors seem to capture the spirit of the project perfectly. Ketchup Smugglers 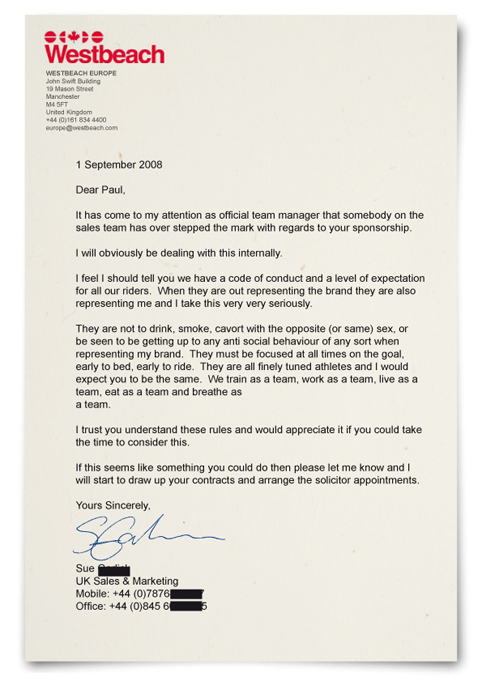 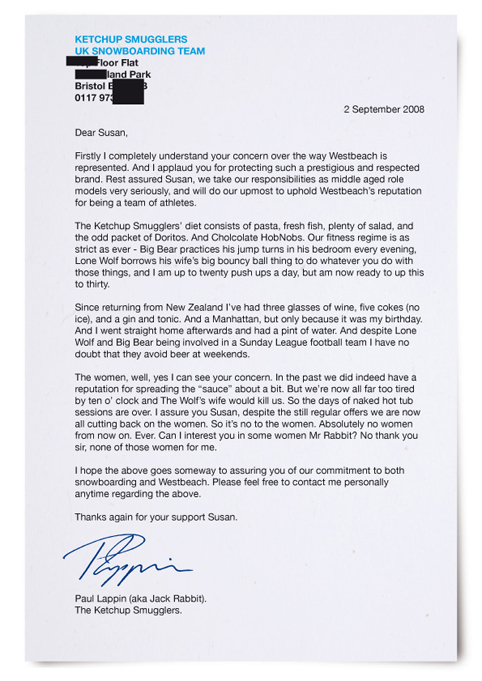 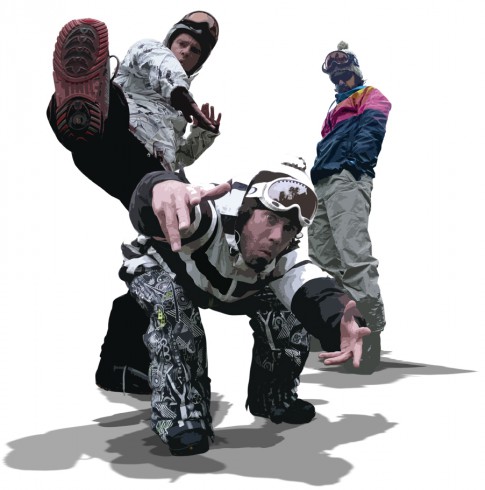